The City of West Covina was incorporated in 1923 to prevent the City of Covina from establishing a sewage farm within the current city boundaries. The 507 residents of the area were mostly citizens who banded together to maintain local control of their land and were more interested in preventing the establishment of a sewage facility than in creating a city.


Walnut groves and orange groves continued to flourish during the following decades. The population in 1930 was 769 and blossomed to 1,549 in 1940. As a result of remarkable expansion during the post World War II building boom, West Covina became America's fastest growing city between 1950 and 1960, with the population increasing 1,000 per cent from less than 5,000 to more than 50,000 citizens. The last two decades have continued to demonstrate steady growth. The number of residents expanded to a total of 96,242 as of the 1990 Census. 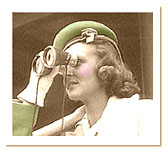 The first Redevelopment Agency project included a regional shopping center, the West Covina Fashion Plaza, with three major department stores and 150 shops in an air-conditioned, enclosed mall. It also included the revitalization of the older sections of the shopping center. The Fashion Plaza has provided the citizens of the San Gabriel Valley with convenient access to all shopping needs. In 1991 the mall was renovated adding a food court and additional shops, as well as the redecorating of the entire mall. The mall was renamed "The Plaza at West Covina." The Plaza opened a new 100,000-sq. ft. wing in October 1993 featuring 50 new stores including a new Robinson's-May and interior renovation throughout The Plaza.

The Redevelopment Agency's efforts have also resulted in several major office buildings in the City, such as "The Lakes," in addition to two new community shopping centers, freestanding retail developments, restaurants, residential projects, and the Auto Plaza.

West Covina looks forward to additional residential and commercial development during the coming decade as it continues to serve as one of the most progressive cities in the San Gabriel Valley.