Over the last four years, California has been facing one of the most severe droughts in recorded history. In order to alleviate these conditions, Governor Jerry Brown declared a State of Emergency in January 2014. However, the severe drought conditions have not improved and there is a possibility that the current drought will extend to 2016 and beyond. Recent 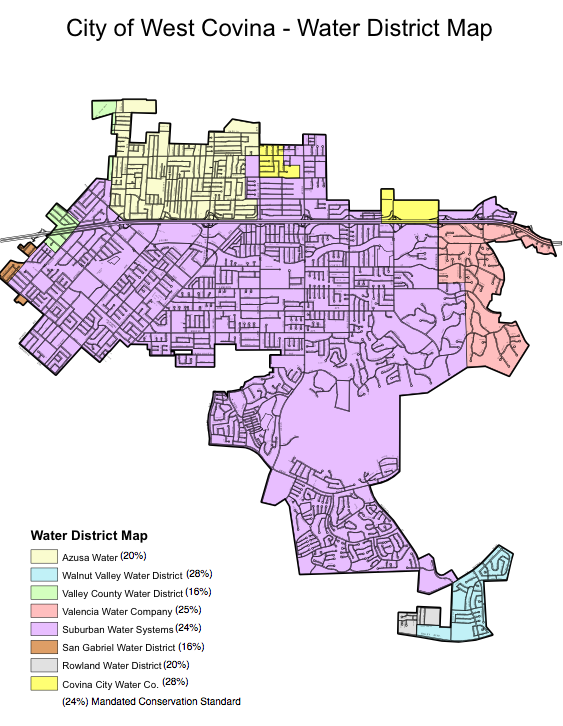 Most recently, in partnership with Suburban Water Systems and the Upper San Gabriel Valley Municipal Water District, the City retrofitted park facilities, landscaped medians and several City maintained Paseos to use recycled water.  Recycled water is former wastewater that has received advanced treatment to meet all water quality requirements so that it's safe for irrigating public parks, golf courses, and other municipal landscapes. Over the years, it has gained popularity in California, which has limited fresh water resources. In the City of West Covina, this includes the recent construction of 14 miles of pipeline, a 2-million gallon reservoir, a pump station, and a pressure-reducing station producing more than 440 million gallons of recycled water per year and saving enough drinking water per year to supply approximately 2,700 homes. Currently, Cameron Park, Cortez Park, Friendship Park, Shadow Oak Park, and Woodgrove Park are being irrigated with recycled water. Additionally, several school districts within the City have retrofitted sport fields and landscape areas to use recycled water.